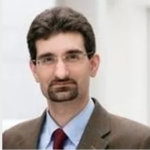 Matteo Gargantini is Assistant Professor of European Economic Law. Before joining the University of Utrecht, Matteo worked at Consob, the Italian Securities and Exchange Commission, and at the Max Planck Institute Luxembourg for Procedural Law (as a Senior Research Fellow).

He also worked in the Capital Markets and Listed Companies Unit of Assonime, the Association of the Italian joint-stock companies. Since July 2020, he is a member of the Consultative Working Group (CWG) of ESMA Corporate Finance Standing Committee (CFSC).

Matteo obtained a PhD in Law and Economics (Banking and Financial Markets Law) from the University of Siena. He holds the Italian National Academic Qualification as Associate Professor of Law and Economics and Financial Markets Law (since 2013) and of Business Law (since 2020). His main fields of research are capital markets, banking, and company law. 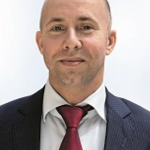 After having graduated with highest honours in Dutch law from Utrecht University in 1997, he was awarded the degree of Magister Juris in European and Comparative Law by the University of Oxford (St. John’s College) in 1998. From 1998 until 2001 he held the position of lecturer and researcher at the Molengraaff Institute of Private Law in Utrecht. In 2002 he defended his PhD in Utrecht (Indirect Representation in European Contract Law (Kluwer Law International 2005)). From 2002 until 2010 he was an attorney-at-law (advocaat) with the leading Dutch international law firm De Brauw Blackstone Westbroek in Amsterdam where he practised banking and securities law (both the private law and regulatory aspects).

He is extensively engaged in the provision of training to attorneys-at-law, financial regulators and financial professionals. He also is a Member of the Dutch Banking Disciplinary Committee (Tuchtcommissie Banken).

Member of the Sanctions Commission of the Belgian Financial Services and Markets Authority. Veerle is also member of the European Organisation for Banking and Financial Law (Belgian branch), which organises seminars and conferences on financial regulation on a regular basis (including on sustainable finance). 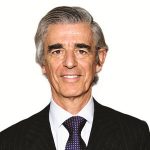 Professor Ferrarini is Emeritus Professor of Company Law at University of Genoa. He holds a J. D. (University of Genoa), an LL.M. (Yale Law School) and a Dr. jur. (h.c., Ghent University). He is a founder and fellow of the European Corporate Governance Institute (ECGI), Brussels.

He is chairman of Epic SIM (an alternative finance platform) and a board member of Banca Passadore. Professor Ferrarini was a member of the Board of Trustees, International Accounting Standards Committee (IASC), London and an independent director at some Italian blue-chip companies (Atlantia, Telecom Italia and TIM). He was an advisor to the Draghi Commission on Financial Markets Law Reform, to Consob (the Italian Securities Commission) and to the Corporate Governance Committee of the Italian Stock Exchange.

He held Visiting Professorships at several universities in Europe (Bonn, Frankfurt, Ghent, Hamburg, LSE, UCL, Tilburg and Duisenberg) and the US (Columbia, NYU and Stanford), teaching courses on comparative corporate governance and financial regulation. He is author of many articles in the fields of financial law, corporate law and business law, and editor of several books. 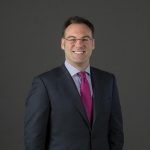 His research interests encompass the intersection of banking, securities and derivatives regulation; the international and comparative dynamics and regulations of financial institutions; financial innovation and technology; and corporate law and theory. His recent scholarship has been published in the Yale Journal on Regulation; the Stanford Journal of Law, Business and Finance; the Journal of Corporate Law Studies; and the Oxford Handbook of Financial Regulation.

Before joining Antonin Scalia Law School, Professor Saguato was a Research Fellow at the Georgetown Law Center (Institute of International Economic Law) and a Fellow at the London School of Economics and Political Science, where he received the Teaching Excellence Award. Before that he was a Global Hauser Fellow at New York University School of Law where he was affiliated with the Center for Financial Institutions. Professor Saguato earned a BA (Laurea in Scienze Giuridiche) and a JD (Laurea Magistrale in Giurisprudenza) summa cum laude at the University of Genoa (Italy) and a PhD in Private, Business, and International Law at the same university. In addition, he holds a LLM from Yale Law School, which he attended as a Fulbright Scholar, where he focused his studies on financial markets regulation and corporate law and was a senior editor of the Yale Journal on Regulation.